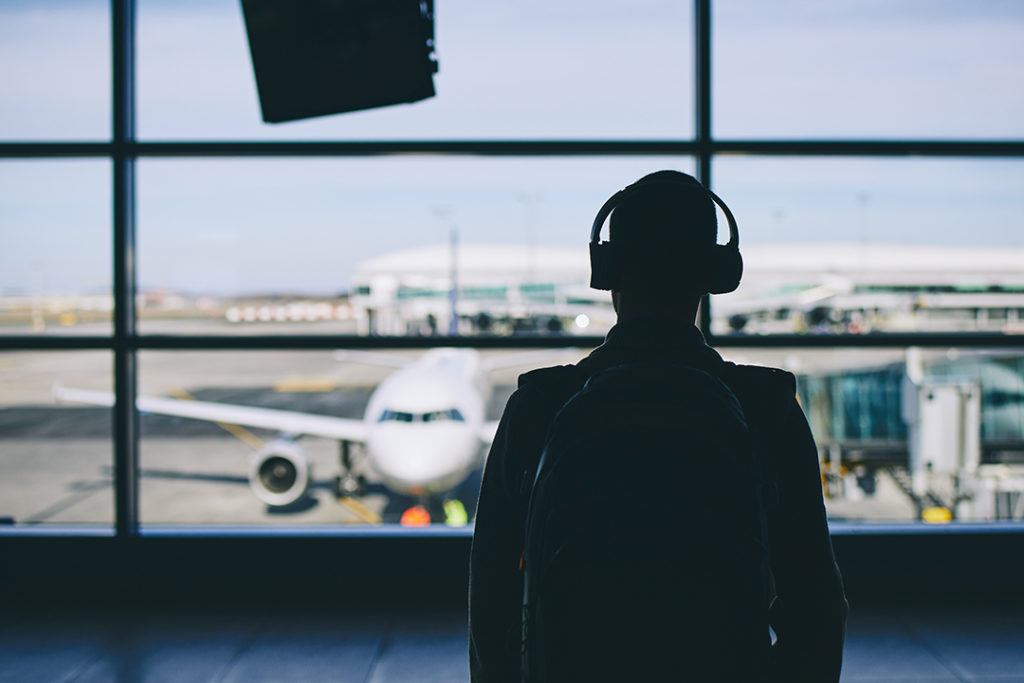 While many of us focus on high-performance two-channel audio systems, which are more or less the result of decades of development and art, we’re not typical consumers. A lot has, and is, still changing with respect to the kinds of people who are buying audio and listening to music. This demographic shift has accelerated and the changes in peoples’ listening habits are now dramatic.

Those who know me know I have worked on the manufacturers’ side of the consumer electronics industry for decades. Therefore I am always interested in what kinds of products companies need to produce, ideate, invent or innovate in order to serve the market. Don’t hate me, but that research led me to work on the first iPod docking speakers, the first ultraportable speakers and the first Bluetooth speakers, as well as the first audio/video receivers for home theater, among many other products.

While many readers here may have no care for these or other mass-market audio products, it is also true that these and many other product developments have contributed to a lot of listening. All of them were informed by listening to and looking at media consumption by a large variety of people, and trying to serve their needs better.

That is why the Consumer Technology Association (of which I am a member) recently completed a research study on the current demographics of audio users. The purpose of the study was to aid CTA member manufacturers, retailers, developers and other firms in better understanding the changing marketplace and adjust expectations, methods and product development, and service offerings.

The results of the study show that things have changed – and are continuing to change a lot.

First of all, it is a much bigger, wider and more diverse audio universe than ever before. Now that people have the ability to listen almost everywhere, they are doing so whether on the go, waiting in line, at an airport, in bed, out and about – just everywhere. Of course this means changes in the quality of sound they’re listening to, due to the ability to listen to music virtually anywhere and the wide variety of music-playback devices that enable this.

Headphones, which used to be a much less prevalent playback device, have become dominant, which of course is part of why events like CanJam have become important audio shows. [See John Seetoo’s CanJam New York Part One show report this issue – Ed.] They’re filled with a younger crowd that is no less interested than “traditional” audiophiles in quality sound, and they’re spending significant money on headphones, high quality DACs, high-resolution portable digital players, streaming devices, headphone amplifiers and listening stations. (There are plenty of older people at these shows also, but the younger age range is apparent.)

Of course, on the other side of the coin, smartphones are also a major source of audio for a wide range of consumer listeners and indeed it is smartphones and the Internet that have the most to do with transformation of who and how people are listening to music.

This also has follow-on effects at CES (the Consumer Electronics Show) itself. While it is true that there is now a paucity of high-end two-channel products and vendors at CES (and that may be generous), nonetheless at CES 2020 there were hundreds of companies showing audio, including high-quality audio, at the show. Many of these firms showed high-performance headphones, personal listening amplifiers, DACs and streaming devices. There were also some quite inventive new DSP-powered speaker solutions from Cleer, B&O, Eikon, Sony, Sennheiser, some French firms I cannot remember, and others.

While many of these new products may not be of interest directly to two-channel fans, still, it was impressive to see strides in soundbars; for example, with much better listening coverage areas and better surround effects, often with the surround processing designed with music in mind. I saw multiple firms showing “360-degree” surround-sound formats, including Sony, Dolby and others. Again, while this may not be of interest to hard-core audiophiles, it is a serious endeavor that is likely to engage many younger listeners, as shown by the CTA’s demographic study.

Today, about 82% of consumer’s listening comes from streaming services. That is an amazing figure – until you realize that it is because of the shift in listening habits towards portable audio means that streaming has become dominant as a result.

This is also why music sales have recovered significantly, as subscription services allow wide access to and discovery of music. This also fuels the sales of physical media like vinyl records, which continue to grow. Interestingly, one reason for sales of physical media is the customer’s love of the music or artist, as many records and CDs, once purchased, are rarely played, with studies from Futuresource among others showing that a significant portion of them are never played at all.

This also explains some of the challenges to people purchasing more “classic” audio set-ups of two channels with speakers; our beloved stereo audio systems often do not serve younger listeners who need access to their digital services. It is not lack of respect for legacy devices, rather it is the need to integrate digital and portable features to play their media.

Only a few years back, the CTA also looked at the demography of audio and found that about 14% of listeners considered themselves audiophiles. These were people who were willing to spend more and invest in higher-quality sound and were often characterized by an understanding of technology and awareness of its importance.

Some 43% of listeners were classified as music lovers, people who felt the need and importance of music in their lives. Many said they could not get through the day without music (and I agree). This was and remains the largest group of listeners in the study.

The remainder could be characterized as “unmoved,” which didn’t mean they didn’t listen, just that they seemed not to care about the quality of the equipment used to listen with.

However, the recent CTA study shows a lot of changes to the demography. Now, many of the legacy equipment buyers are more focused on audio as luxury goods. They are not as focused on technology or even performance as much as on the more usual elements of luxury goods. This means fit and finish, materials used, exclusivity, price and other luxury attributes. (This is not meant to insult or alienate anyone, but a simple reporting of fact.) Interest in conventional two-channel stereo systems has ebbed a bit and now comprises only about 12% of listeners.

In fact, consumer interest in technology has shifted to the “music lovers’” portion of the demography. Those people classified in the study as such are focused on the digital features and services their devices provide. And this group, which is still about 43% of the population, is large and growing more diverse.

Keep in mind that (audio) listening now also includes gaming, video and movies, where the line has blurred between listening and watching, and more recently virtual, mixed and augmented reality, where immersive audio, the experience of hearing sounds from everywhere in space – left, right, front and back – is a critical element in the listener’s overall experience. These shifts in listening habits explain why we see more efforts in developing immersive 360-degree audio from Dolby, Sony and others. (While this initial content is often as contrived and exaggerated as some of the original quadraphonic sound some of us remember, the reasons behind it are clear,)

Sadly, the balance of the consumers in the CTA study still do not care that much about the sound quality of the source devices, even if the current audio universe is much bigger and wider than ever.

None of this dismisses anyone’s love of a particular flavor and type of audio experience, but perhaps it helps us understand why changes in the ways in which people listen to music will continue to emerge.

The good news is that more people are listening to music in more ways than ever before, and a significant percentage care about good sound. In fact, we continue to see shifts toward higher-quality sound by the major streaming services, so we know there will be a lot of good sound going forward – even if not in some of the formats we currently use.

Robert Heiblim has more than 35 years of experience in the consumer electronics field encompassing all phases of general management, including management of new technology start-ups, and high growth companies. Along with his teams Mr. Heiblim has developed, marketed and sold hundreds of millions of devices through most global outlets for consumer technology. Robert is the current Chair of the Consumer Technology Association (CTA) Small Business Council as well as ex-officio Chair of the CTA Audio Board.

Bluesalve partners is committed to quality service, collaboration, and communication throughout each step of the consulting process.

← Going to Market at CESAdvice on coping, managing and succeeding through this time of fear and crises →